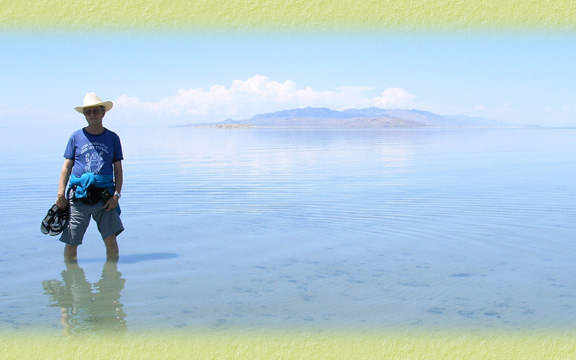 I'm interested in geometry, and industrially developed and produced materials, as the subjects of sculpture. This has motivated me to design my sculpture on the computer. I hope to fabricate more of these designs in the future, and taught on these methods before my retirement from The University of Cincinnati.

As caretaker of DAAP, the first ActiveWorlds® zone dedicated to presenting virtual sculpture on line, I have enjoyed working with interested artists and students installing sculpture exhibitions on the internet, where we can meet for online production and discussion, and would appreciate hearing from anyone with similar interests.

London is a page showing my early post graduate and professional work in London beginning in 1964.

New York shows the work I produced in New York City during my First visit in the summer of 1966, and from 1968-70 while I maintained a studio in Soho, Manhattan.

The pages on The Modular Set in Iowa, and in Kentucky: Rythms, Accidents, record my work with a group of 80 Masonite boxes, all six inches square, varying in lenth from 6 inches to eight feet, begun in 1971 up to the present.

Moire Screens illustrates my use of a moiré pattern in images, sculptures and computer generated models.

Grilles and Fields shows work I produced based on planar patterns and rythmns begun at at the University of Kentucky.

Piazza is a page of images from my building site in Alphaworld, a prototype for the location of an internet sculpture exhibition, made while it was still possible to install one's own models in Alphaworld, running off-line.

DAAP is the home page of the first multi-user world of sculpture on line, begun in 1996, and still served by ActiveWorlds®, including links to my own work and exhibitions of work by my students, as well as the Intersulpt exhibition series I hosted from 1997 until 2011.

DAAP '96 is the record of my first sculptures exhibited around Ground Zero in DAAP, installed in 1996.

Twister is the installation record of my site specific sculpture for the Atrium of the Alice and Harris Weston Gallery in Cincinnati.

The DAAP Collages. The DAAP collages were produced in 2012 as a part of my DAAP presentation in "Built in a Digital World" at the Alice and Harris Weston Art Gallery in the Aronoff Center in Cincinnati.

If you have the ActiveWorlds browser installed you can find DAAP by using the browser menu Teleport option to "DAAP" from anywhere within ActiveWorlds.